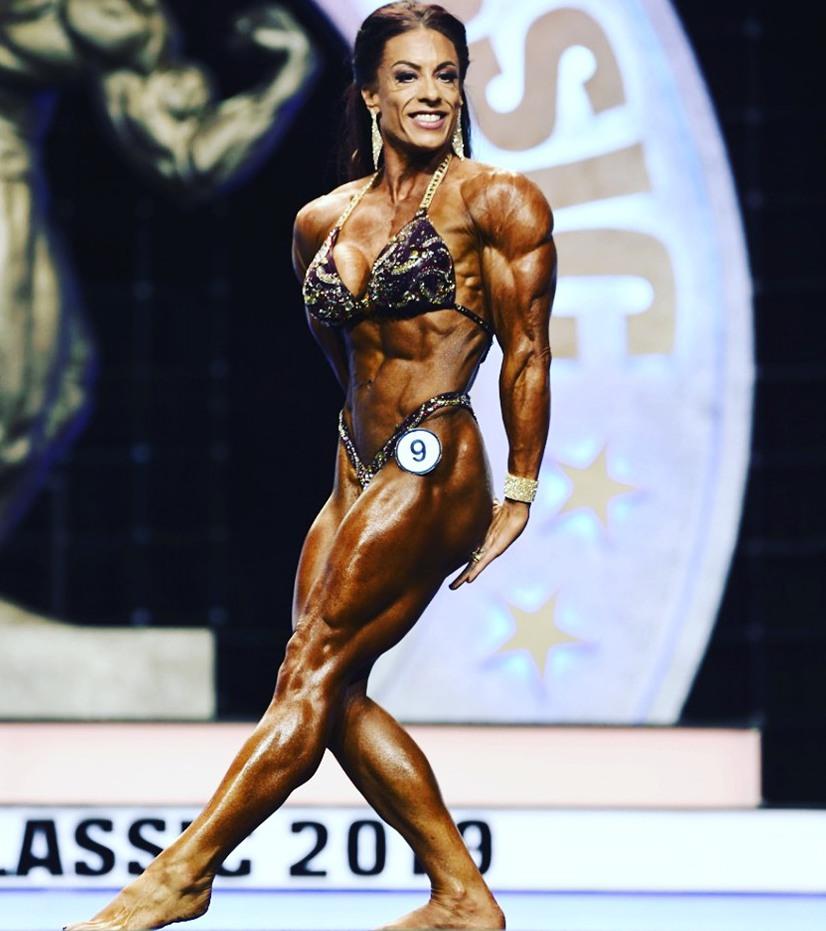 I’ve been competing in Women’s Physique since 2014,. I competed in two regional shows to get my national qualification. That same year I went to The Nationals 2014 and placed 4th. In 2015 I tried again, and placed 6th at The Nationals. I Took a year off to start my own Posing Routine Business, Fitique Performance. I came back in 2017 for another go at it, at the North American Championships. There I won in the WPD Overall 35+ and 40+ leaving the North American Champions a Pro.