News
The Mr. Olympia competition has announced that it will reschedule it’s Fitness and Performance Weekend to December 16 through the 20th, following the Boston Pro Show which is being held at the Encore Boston Harbor Hotel and Casino on November 27 through 29th. The rescheduled Mr. Olympia will now take place at Zappos Theater at Planet Hollywood in Las Vegas, Nevada which is a change from their original location at the Orleans Theater.
The four day event is expected to draw competitors from around the globe who have performed at the highest levels in their class, and qualified for competition on the big stage. The Boston Pro, scheduled for Thanksgiving Weekend in Boston, Massachusetts, offers athletes a chance to compete on the Olympia Stage with it’s six categories of IFBB bodybuilding competition.
The Boston Pro would like to congratulate Mr. Olympia on it’s rescheduled date as we all look forward to a start of the return to normal following the recent impact of Covid-19. 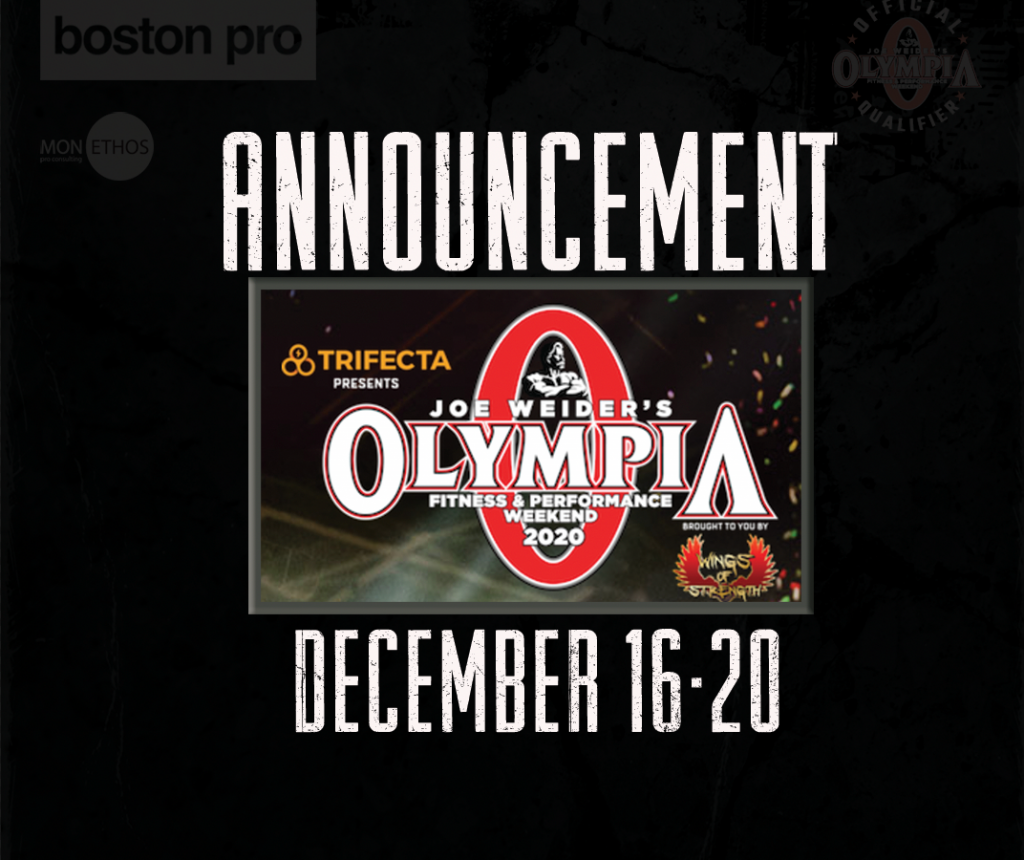 Questions and Answers: If I made a purchase for the June 19-20 show, can I get a refund?Yes, or you can move your purcha...